I've been reading my fellow blogger's posts about all the exciting stuff they did in 2011 and their hopes for 2012.  I am green with envy reading about trips along the California coast and new dirt bikes!   This year I had my own bits of motorcycle heaven but for some reason they seem so far away now that December and the cold has set in.

In February I decided to let my beloved R1200GS go and downgrade to a G650GS since I wasn't riding as much as I should.  The new bike, named Runkle, and I bonded over short rides around Portland.  In August I took a two week motorcycle ride to Texas, tired of waiting for that perfect moto companion, I ventured off by myself and realized going alone can be spectacular.  I also realized it IS true, there is no bad weather, just bad gear.  I camped in quiet, secluded areas, wide awake all night waiting for a serial killer to approach.  I slept in motels I hope to never see again and RV parks where the people were friendly and helpful.  I rode in 109 degree temperatures with sweat and sunblock dripping from my face.  And I met more people this year than ever before...people who offered advice along the way and others who were just amazed a chick would dare set off on a motorcycle solo.

I wrote my first online motorcycle article, bought a fancy new Shoei helmet and was given the opportunity to test a pair of Aerostich AD1 pants that I don't know how I ever lived without.

I transferred from Portland to Eugene for work (on purpose!), and moved into what I like to call the "death house" since the last two people who lived here have died.  (Not the best odds, huh?).  I vacationed in Scotland and Ireland, flew to Texas (about a month after my ride there), and reconnected with friends and family...watching some experience the happiest moment of their lives and others suffering through the most awful tragedy  anyone could have.

Through it all I've come to realize that life really is what you make it, that happiness and beauty is all around but you just have to open your eyes to it,  and that you can make any decision you want as long as you are willing to suffer the consequences.  I also realize I am lucky...I have everything I need and those things I want, I sometimes get. 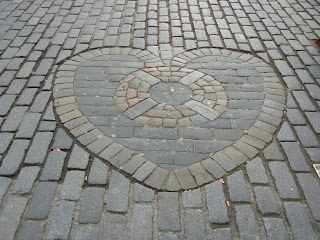 2011 has been good to me in some ways, awful to me in others.  Given that, I am glad 2011 is over in a few hours, and I hope 2012 brings me more margaritas, more laughter, more motorcycle rides, more moments of sheer bliss, and more knowledge.

My hope for all of you is that you know what you want, you get it, and that 2012 is your best year yet.  And to all those who have lost someone special this year, I wish for you peace and that the swiss cheese that has become your heart is plugged, hole by hole, with laughter and friendship.

The last few days of our trip we settled into Dublin, Ireland within walking distance to the Temple Bar area.  Temple Bar is blocks upon blocks of shops, pubs, art studios, and herds and herds of people.  I wasn't thrilled about being in the big city, and even less thrilled to be so close to such a hip and happening place where the people walked like cattle ready to slaughter.  My small town mentality had a hard time grasping what fun there would be walking amongst thousands of other tourists as we attempted to locate some music and food.  However, I actually found Dublin to be much more entertaining and likable than I could have ever imagined.  It wasn't my favorite place during our three week holiday, but it was one of the best surprises..the surprise being that I didn't actually hate it!  Walking through the streets that make up the Temple Bar area was like being in Vegas.  Lights flashed, people handed out flyers, music was pouring from various pubs, and sidewalk performers made the walk interesting.  And the shopping...well let's just say I bought my fair share of t-shirts...more than my fair share.

Now home for exactly a month, it is as if Scotland and Ireland never happened.  I haven't taken the time to review my photos or been able to stop long enough to simply bask in the memories that were made.  I've been busy packing, moving, and transferring to a new town for work.  Every now and then I look out the car window as I drive to work past a park.  The leaves are on the ground and I catch a glimpse of the river and I simply smile.  I think about how beautiful Scotland is, how majestic the shores of Ireland are and I am reminded that Oregon, with it's rain and recent cold weather snap, is majestic itself.  I now notice that the fog rolls across the country fields, the rain leaves beautiful drops on the leaves and that the river behind my house sounds like a beautiful song I've never taken the time to hear.

Perhaps the beauty of travel, the real benefit, is that you take time out of your normally busy life and actually look around.  You finally see things that life generally hides from you...like the leaves that have changed colors and fallen, and you take the time to follow the roads that could lead no where.  Maybe the key to a happy life is being able to see those things no matter where you are or who you are with. 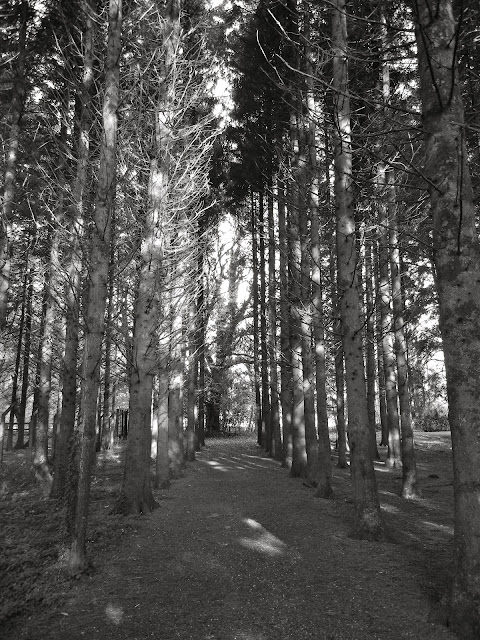