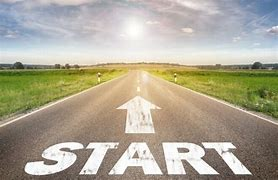 Sometimes changes happen slowly...until one day you actually pay attention and realize something is different. You look back and wonder things changed and more importantly, when. When I bought my house in West Salem it was around 2005. I'd walk the dog around the block and often notice home improvements being made, kids playing, dogs barking, and sometimes, people yelling. I didn't really like the city, so I moved away and rented out my house.

Eventually my sister ended up in it, and then my brother-in-law took a job out of town. My tiny 624 square foot house was vacant so I moved back because renting it seemed like too much of a hassle. I hated moving back. But my plan was to fix it up, do my two years of living in it, then off it the first chance I had. I put all my efforts into fixing up the house until eventually, Adam pointed out there wasn't much more for me to do. He may have just been tired of helping me.

In the almost three years it took for me to reach my house's maximum remodel stage (I joke that I have a house I put $600k into that's worth $300k), the city around began to change too. Covid hit, and with it, came less police oversight...instead of seeing a police car drive past occasionally, it was a rarity. I know, it's not their fault that other neighborhoods needed them more. But the crime, it increased. Someone actually took the liberty of opening my car and going through it...and when I caught them at around 1:00 am, gun in hand, they yelled at me that I shouldn't have left it unlocked.  As if leaving something unlocked (by accident clearly) is akin to saying, "Come get it!  Everybody is welcome!"  The guy, unbothered by the fact that I held a weapon, took his time walking away. I had to tell him a few times to get out of the vehicle. Seriously. Who does that? It's someone who doesn't care about the consequences (or knows there aren't any) and who has no concern for anyone other than themselves. 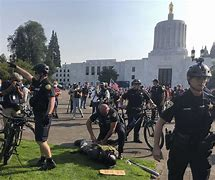 I started carrying a gun while walking the dogs in the morning because I never know who I'd run into. (Don't worry, I'm fully permitted in case I have any snowflakes reading.) Once a safe and quiet neighborhood, West Salem has turned into a place where the terrorist middle schoolers run the streets along with the homeless. We, the tax paying citizens, can do nothing about it unless we are actually threatened. I can tell you, at that point, it will be too late for them and maybe me.

Basically, this part of Oregon has lost its luster. The riots, protesting, COVID rules, and everything else, has made Salem undesirable to me. It's time to move on. The journey begins. I'm taking the first step.