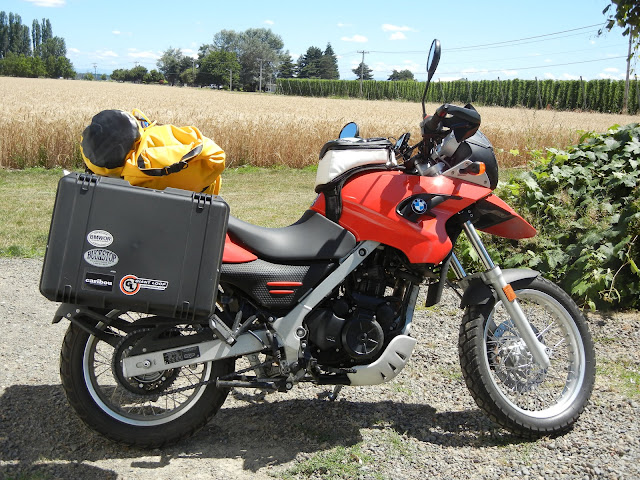 I've been reading Neal Peart's Ghost Rider (thanks, Ash!) for the last few nights to get into the groove.  He's amazing and the book is really neat.  It's crazy to think he's not even from Oregon yet he's seen more of it than I have!  Not cool, Neal, not cool.

I've packed what seems important.  I always overpack, which is DEATH on a moto, since that means I'm underpacking what I really need.  But, I'm going to be hanging with friends for a few days so I wanted to make sure and bring at least something that was presentable.  (Good thing I'm low maintenance because "presentable" to me means something totally different than to everyone else.)

I dropped Trout off this morning.  She's in good hands with Marti, Kyle and the kidlets.  I bet she doesn't even notice I'm not around.  I've been going room to room looking for her and picking up her toys, smelling them as I put them in her toy area and she's probably playing and running around with a big smile on her face.  (Ok, the smelling them part was a joke, I'm not crazy yet!)

My first stop is Bend, OR to stay the night with Kelli and Jerry, my surrogate parents.  So far, that's the only place I know I'll be.  The rest of the trip is still an unknown, other than the fact that I'll eventually end up in Lubbock, TX, which is about 1726 miles and 27 hours from me now.  Yesterday I rode around while doing errands and started asking myself what the heck I was thinking.  Texas alone?  People do it all the time without fail but for some reason it seems daunting to me.  Most of the people I meet say they wish they could do a trip like that...I supposed motorcycling across country is much like skydiving...there are those who do and those who wish they could.  Thanks to my friend Kristie I've already done the skydiving (which was a crazy "what was I thinking" moment for sure).  So I guess this is the next logical step.

So, I'll post more about my gear and update ya'll along the way.  Before I go, a big shout out to Giant Loop (http://www.giantloopmoto.com/) for the sweet white Diablo tank bag and the Great Basin Dry Bag.  Both products are awesome!  More to come on those! 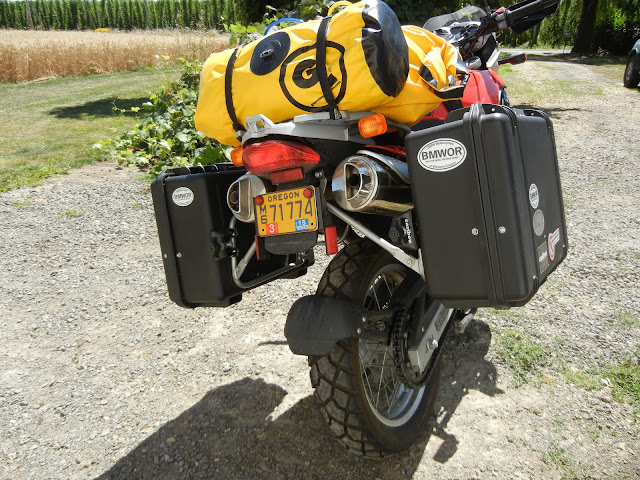 Be safe ya'll.   I'm off....to unpack some of the extra clothes...forgot to leave space for my laptop!  Doh!